Boney M were huge from the mid-seventies till around 1980. They were literally on TV in every European TV-show of a certain size in that span of time, and were heavily promoted. Their epitaph has been tarnished by so many things. Frank Farian‘s notorious Milli Vanilli moves, the legendary outbreaks of Bobby Farrell on and off stage etc.

In Spring 1981 Farian re-assembled the whole Boney M team, with the original crew and the staple musicians from the studio sessions (who really are the backbone in what Farian managed to pull off in the studio). The Disco Is Dead backlash had caught up with Boney M, like with so many of their contemporaries. Sales were decent, but a mere shadow of what they had experienced at the height of their career. Albeit, “Boonoonoonoos” is one the best, if not the best Boney M song.

Dim Zach is well known for his production skills. Listening to his vast listing of re-edits on his webiste you will drop your jaw more than a few times. Crystal clear sound, punchy drums and chewy bass work are all present in his re-edits and lift them to a new level, and lands them in contemporary spirits. But the crown of them all has got to be this edit of Boney M‘s Boononoonos. With a slight balearic dash of sunshine he re-emphasizes what was strongest in the original mix, and restructures it slightly in the arrangement. That melody will stay in your head all day and elevate it to the sunny level it deserved.

This week’s guest hails from Liverpool and has been tweaking knobs for the past 31 years.
He’s the co-creator of the much referenced and cult disco themed podcast Black Light Disco with co-residents Goz, Les Inferno & De Gama from Samosa Funk as well as Pookie Knights.
Tonight Esteban will dispense an utterly invigorating guest set showcasing his eclectic style and taste making strengths. 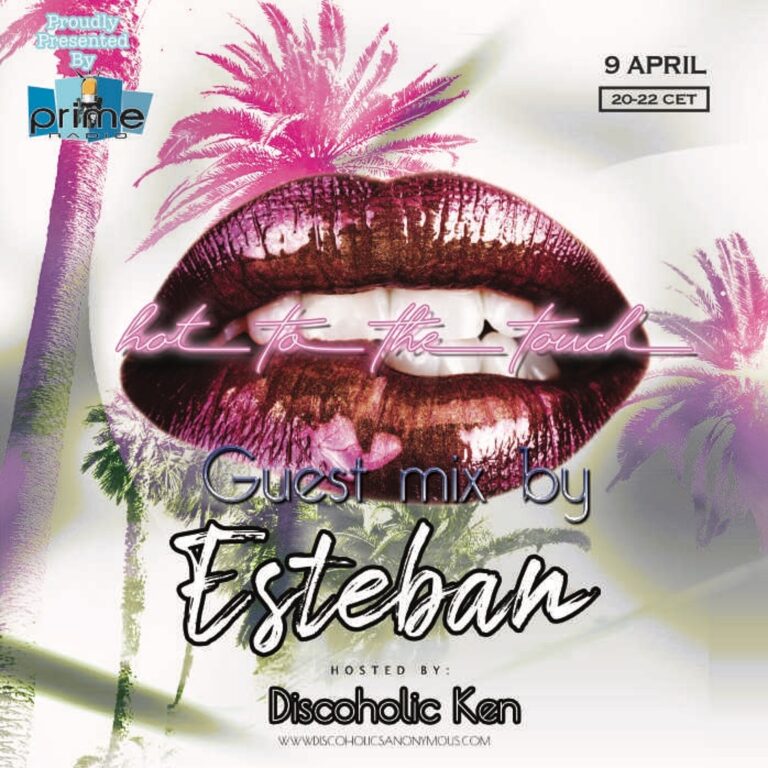