Rayko was one of the founding fathers, inventors and re-invigorators of the Disco edits scene over a decade ago.

The Madrid based Don Of Disco is known for his nostalgic licks and enormous span genre wise.

Give It Up is a keystone example of what the core of a proper Rayko edit is all about.
A hook generates the entire groove which Rayko builds, stretches and tweaks through out the mix.

This tremendous edit is part of our, by now, legendary Discoholics Anonymous 1 compilation, which was out December 12th last year.

Send Us Your Music

Another blazing Friday behind us in the company of a shaper, a reformer and a trendsetter on the guest mix! Crack D from Mango Sounds and Ripe Pear! Not many labels have had an output that can rival those two.
MartinMax brings the Friday yay and Crack D ups it and dibs the drivers seat for the second hour! Prime stuff on Prime Radio! 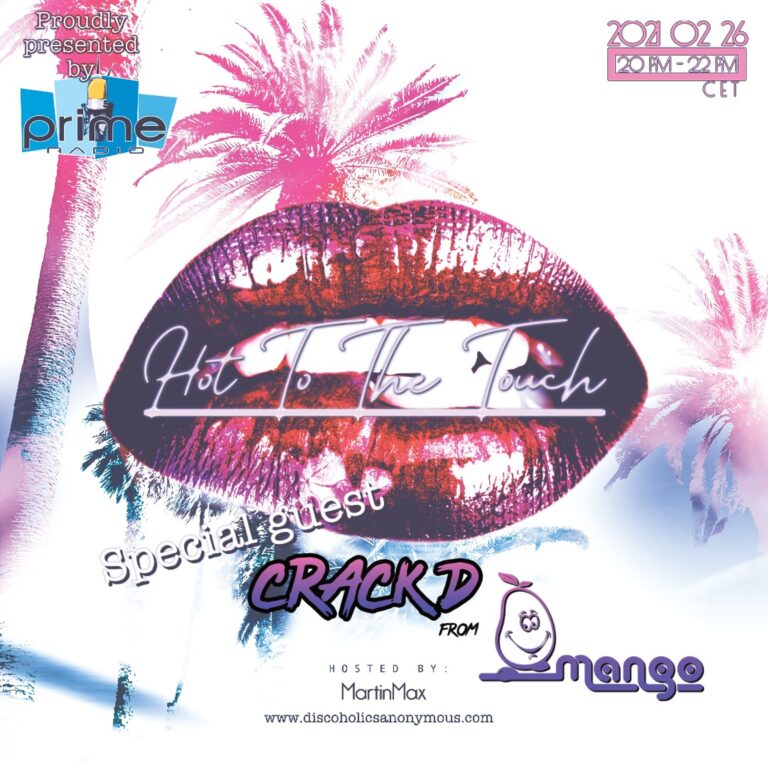