Going for the second cruise with MS Supermarket:

Those Guys From Athens – 4 Your Love We’re mid-sea again. Calm waters, around 5 in the afternoon. Light canapés are being served by the crew and DJ Supermarkt has plotted a nice and breezy cruise for us. The first track gets the hips moving while people mingle and greet, meeting familiar faces from last time. The groove laid out by Those Guys From Athens is both sophisticated and chic, a smooth and lubed up piece of audio lovemaking.
Horns, piano, a funk bass descending from Heaven and the most lush and soulful vocals.

Mr. Franklin – Still Here In Love People are still gathering around, conversing and catching up. The groove is smooth as blended velvet and peach. Cocktails are poured on demand and the cruise continues at a slow and steady pace.

Ferdinand Debeaufort – Looove A dubbed out, echoing drum loop takes over the speakers and Caribbean vibes ooze from the sound system. The dance floor fills and the guests slow jam in unison as Debeaufort stylishly and with great flair maintains a sunshine groove as the shadows grow longer.

DJ Friction – You Know How? Continuing the Bounty island-ish vibes DJ Friction lays down a sun drenched edit of Collins & Collins’ You Know How To Make Me Feel So Good. Dolphins are foraging in the distance and the sun is descending on the horizon.

DJ “S” – You Know Him flows in the soundsystem and the elaborate lighting on deck illuminates the dance floor to the breezy vibes from DJ “S”, a blissfully soulful chunk of disco funk of the kind you feel you’ve known all your life.
It’s DJ “S” ‘s masterful way of delivering it with an insistency and familiarity that does the trick.

Mauro Vecchi – Love Dancin Alone takes over the speakers, with its plucky keys and guitars it’s clear from the get go that here’s a crowdpleaser with sing-a-long potential. The party rises and the drinks flow parallel with the heat between the dancers and lovers out there.

D.S.E. – Questions (Hare Rasa Edit) shakes up the tightness of the dancers and rings the hands back up in the air.
A slight sense of euphoria arises among the dancers.
DJ Supermarkt controls the dance floor like a skilled puppetmaster controls the marionettes, with passion and an ability to emerge himself into his creation.

Twin Sun – Got Me Steamin’ emphasizes this emotion and multiplies it two-fold. A cunning vibe that is more bass-laden and heavy works even more intoxicating! Twin Sun excels in those deep basslines.

Souled Out – French Boogie introduces a near-sleazy groove, like the soundtrack from a mid-seventies pornflick. The crowd sways and the last inhibitions are thrown overboard. The starboard pool fills with skinny dippers and the party culminates.

Saltywax – Place & Time shifts the party from Disco to House still with a clear 80ies tinge. The bodies move fast and rhythmically as the DJ builds up even more steam. It’s clear that this level of heat needs to be controlled.

Rayko – Lay Back (Cosmic Love Love Boat Re-edit) takes it down several notches and the crowd join in the chant: “Lay baaaaack, baaaaack, lay baaaack”. Strings swell and the scent of perfumes, liquor and hormones hang heavy in the air.

DJ Supermarkt – Catching The Next Train Home rocks it out with harmonica improvs and dramatic strings. The luring bassline mercilessly commands the dance floor in a vice-like grip. The energy burst is flawless. It’s time to mellow out.

DJ Laurel – You Laid Your Love On Me chimes in the afterhour sensation with an R’n’B soul from the late 80ies. The floor mellows out, and conversations arise once more in the distance. The cruise is nearing its conclusion.

Chimpanzee – So Weit So Gut drones and lingers as the party is about to dissolve into the early morning light. A deep groove takes hold and the slow beat coalesces. Synths fill the air like a thick wall to wall carpet of lush and meandering colors. The captain closes the party and the crowd queue up to get tickets for the next cruise.

In fairness Yacht Disco Edits 3A and 3B should be seen as one humongous, hedonistic soundtrack for the Spring of 2021. The cruise is a virtual one, but if somebody can convey this with true emotion and determination it is Too Slow To Disco. I stand back in awe of the magnitude of these two releases and bless myself to have been one of the crowd, if only as a narrator. 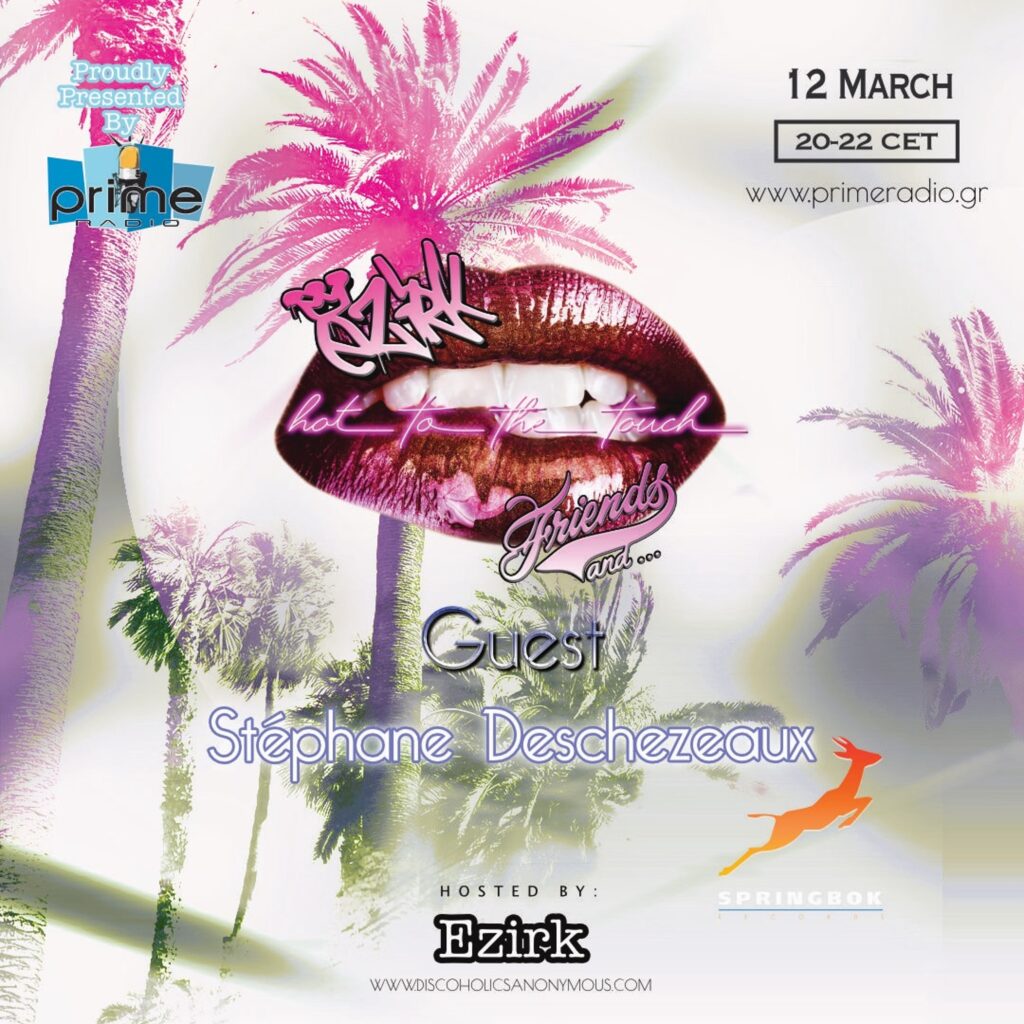